Acne is a dermatosis that affects nearly half of all women during pregnancy. These women feel like they are reliving their teenage years, with unsightly pimples appearing on their face, neck, bust… for no apparent reason.

Although it does not seem to have any influence on the child, it is important to treat acne, because it can lead to scars or other complications, which can be more or less embarrassing – even serious – for the woman.

One of the biggest concerns when a pregnant woman suffers from acne is that her condition prohibits or discourages the use of many treatments.

However, we want to reassure you that there are ways to treat acne without harming the baby.

Acne in pregnancy: for which women? 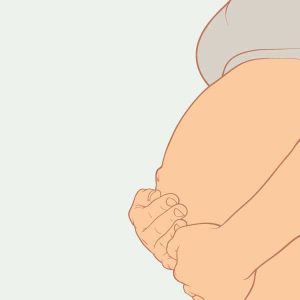 All women can experience acne during their pregnant state.

In fact, even those who did not experience any form of acne during puberty can suffer from this dermatosis when they become pregnant.

However, it is more likely that women who suffered from acne during adolescence or adulthood (outside of pregnancy) will suffer from this condition once pregnant.

Compared to teenage acne, it is no different: it can last a few months, a few weeks or the entire pregnancy period.

How is pregnancy acne explained?

In general, acne is a hormonal phenomenon. The entire process leading to its development is under the influence of hormones.

In pregnant women, there is an increase in the production of estrogen and progesterone. This increase in hormones will disrupt the normal functioning of the sebaceous glands, which will then secrete sebum excessively.

This excessive secretion of sebum is called hyperseborrhea. 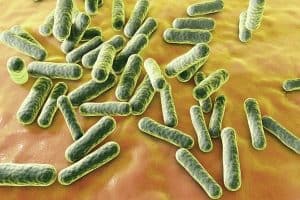 In such a situation, the sebum – which normally has to go through the pilar canal to cover the skin surface and protect it from external aggressions – will clog the walls of the said canal and block it.

The sebaceous gland no longer drains. The accumulation of sebum will cause the proliferation of the bacterial species Propionibacterium acnes, and therefore participate in the inflammation of the pilosebaceous follicle, which will be accompanied by abnormal keratinization of the latter.

As a result, there is formation of retentional lesions that can evolve into inflammatory lesions.

These are the comedones. There are two types: open comedones and closed comedones, called microcysts.

The open comedones refer to the small black dots that let out a yellowish substance when squeezed with the fingers. This substance coming out in the form of a filament is a mixture of sebum and keratinocytes.

It is the oxidation of the latter that gives comedones their black coloring.

As for microcysts (closed comedones), they are the expression of the obstruction of the follicular ostium by epidermal cells. They contain a mixture of sebum and keratin secreted in excess.

This mixture causes a bulge in the skin that centers on a pale area giving the appearance of white pimples. For this reason, microcysts are also referred to as “whiteheads.”

These lesions appear when there is an overgrowth of bacteria within the sebaceous gland. They represent a response of the body to bacterial proliferation.

As inflammatory lesions, we can distinguish papules, pustules and nodules.

The different types of acne pimples and lesions ©gritsalak/123RF

Pustules are frankly inflammatory.They contain purulent fluid that may give rise to nodules. The latter determine a deeper involvement of the skin and are usually the consequence of the rupture of pustules within the deep layers of the skin. Here, the infection is no longer superficial, but progresses to the dermis. 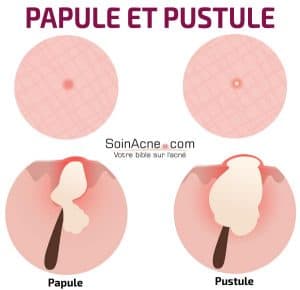 Some severe forms of acne may see the appearance of cysts. These are characteristic of acne known as “cystic” that leaves – most of the time – scars on the body.

Treatments and contraindications during pregnancy

There are Topical Agents and Oral Agents.

These treatments offer several advantages. Being applied directly to the skin, they limit systemic exposure by maximizing the amount of medication reaching the pilosebaceous unit.

They help prevent the development of new lesions.

Among these treatments, we can cite: the benzoyl peroxide, the local antibiotics, the zinc, or the azelaic acid. 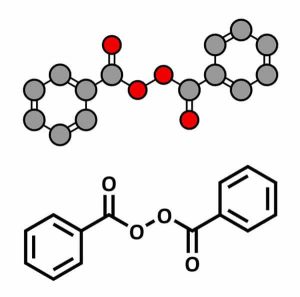 To date, no studies have evaluated the safety of benzoyl peroxide for the treatment of acne in pregnant women.

Similarly, no study has confirmed a teratogenic risk.

Indeed, in the lower layers of the skin, benzoyl peroxide will metabolize into benzoic acid, a molecule widely used as a food additive and whose absorption by the skin is low.

Some specialists even classify benzoyl peroxide as a first-line treatment for women in pregnancy.

In local antibiotics, we have erythromycin and clindamycin (Dalacin T Topic®, Zindacline®). 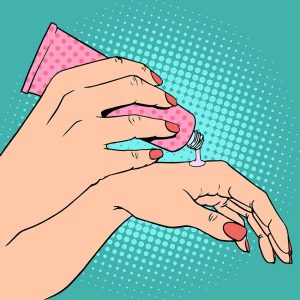 Topical antibiotic gels and lotions are a priori safe ©studiostoks/123RF

The data collected on the use of these antibiotics in pregnancy is extensive and reassuring.

These two antibiotics can be combined with other treatments such as benzoyl peroxide to prevent bacterial resistance from developing. 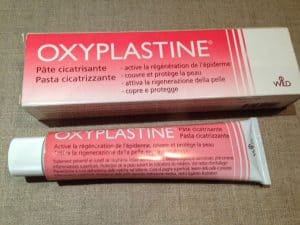 It plays a key role in growth, development, but also in the body’s immune reactions.

The topical zinc used in this case is actually zinc oxide. Some of these commercial forms are Oxyplastine®, Aloplastine®, Oxythyol®…

Zinc is recommended as a first-line treatment by some dermatologists

Like benzoyl peroxide, azelaic acid has a low systemic passage when used dermally. 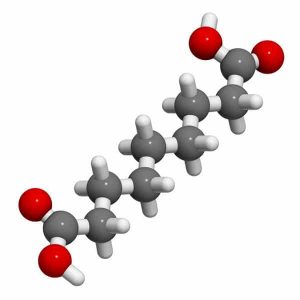 To date, no worrisome data have been identified regarding its use against acne.

Some of its commercial forms are Finacea® and Skinoren®. Its activity is similar to that of benzoyl peroxide, which it can sometimes be combined with for the treatment of acne.

Note on other local treatments:

In addition, in general, local retinoids such as tretinoin (Effederm®, Retacnyl®, Retin A®), adapalene (Differine®…), or local isotretinoin (Roaccutane® Gel) are also used for acne treatment.

However, experiments in animals have shown that the latter molecules can lead to minor skeletal malformations.

As a precautionary measure, it is therefore not recommended that any woman in a state of pregnancy use these various products.

Oral antibiotics are advised in the case of failure of the local treatments described so far. Thus, they are generally used against moderate to severe cases of acne. 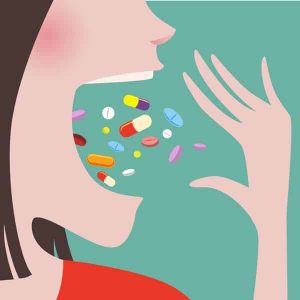 Oral antibiotics should be used with caution ©ohyooha/123RF

Generally, there are two families: macrolides – among which are erythromycin, roxithromycin, and josamycin – and tetracyclines (including doxycycline and lymecycline).

The tetracyclines are not recommended in the 2ndtrimester of pregnancy or later, as they can have many consequences for the fetus. In the case of erythromycin, however, it does not pose a risk.

Some of the commercial forms of the oral antibiotics are Ery® Gé, Erythrocine®, Erythrogram® Gé, Egery® Gé.

Although many people say that these oral antibiotics have teratogenic risks, and although animal data are insufficient, no cases of malformation or fetotoxic effects have been reported to date.

However, for a nursing woman, side effects such as irritation and diarrhea have been observed in children, as the drug passes into breast milk. Therefore, it is best to stop breastfeeding while on this treatment.

As mentioned above in the case of local treatments, zinc has an anti-inflammatory action.

Zinc gluconate acts on the inflammatory component of acne

It is involved in the mechanism of certain hormones: it has anti-androgenic activity.

Among the commercial forms of zinc salts, we can distinguish Rubozinc® and Effizinc®.

The use of zinc salts is considerable from the 2ndtrimester of pregnancy, while it is preferable – as a precaution – to avoid using them in the 1sttrimester.

As explained above, the main cause of acne in pregnant women is hormone spikes.

Hormone treatment helps to counteract acne in women in general. The principle is to decrease seborrhea caused by androgens.

To this end, it is possible to use molecules that will take charge of decreasing the production of ovarian androgens.

As hormone treatments, we can cite spironolactone and cyproterone. Spironolactone (Aldactone®) is a molecule that acts as an androgen receptor antagonist. Cyproterone (a component of Diane-35®) also blocks these receptors.

Note, however, that in male children, these molecules are likely to cause some malformations in the external genitalia (especially between the ninth and eleventh week of gestation).

Spironolactone and cyproterone have no indication during pregnancy.

For hormonal treatment, it is essential to seek advice from a dermatologist – not just a doctor.

In addition, note that it is common to prescribe oral isotretinoin as a treatment in acne patients. In pregnant women, this treatment is categorically prohibited. This treatment has been shown to have high teratogenic risks.

Therefore, this treatment is only allowed in non-pregnant women on birth control.

In summary, it should be remembered that, for the treatment of acne in pregnant women, the main molecules used are macrolides and zinc gluconate (when the woman is past the first trimester of pregnancy).

Certain molecules such as retinoids and cyclins are formally contraindicated.

In any case, a dermatologist should always be consulted before any treatment.